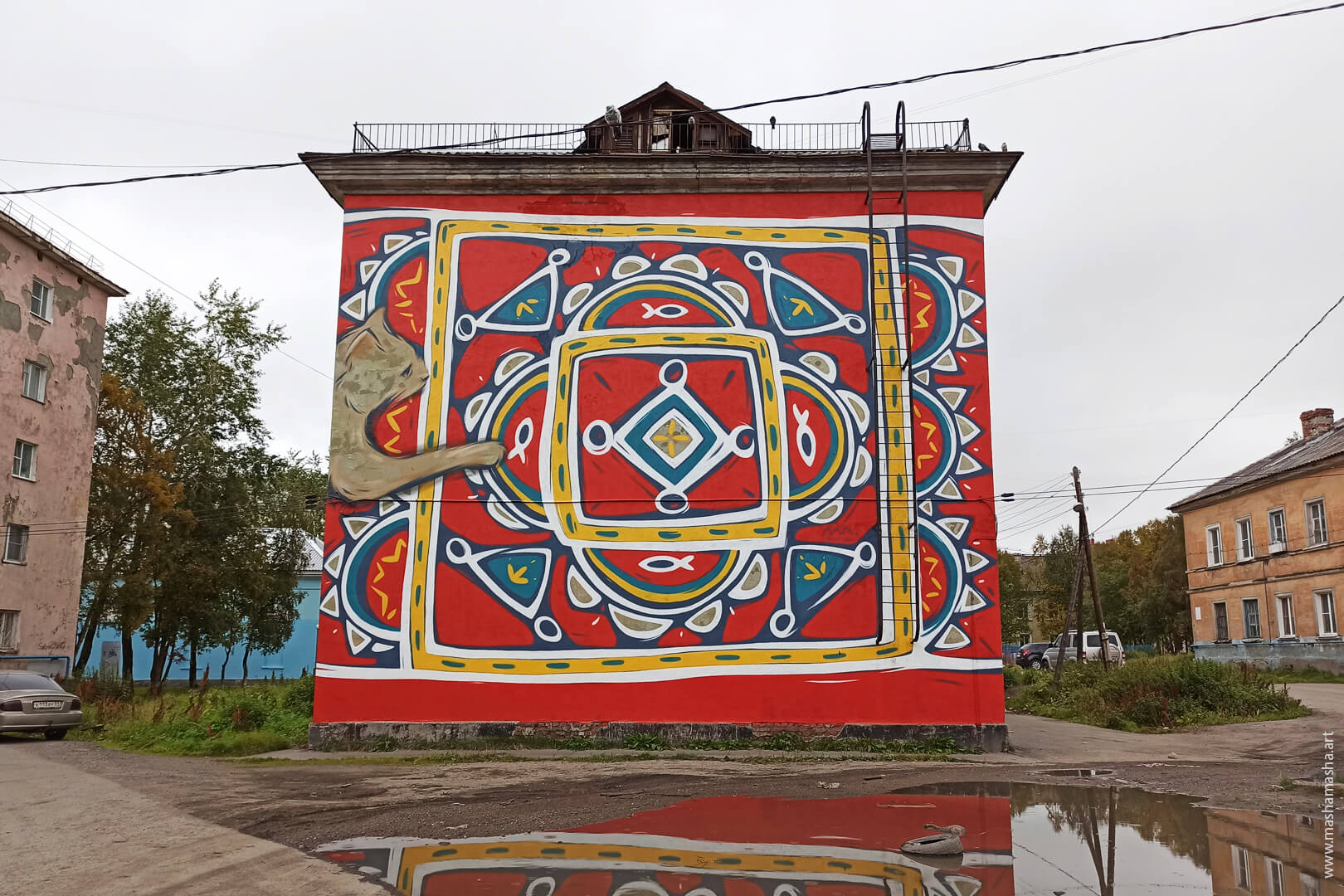 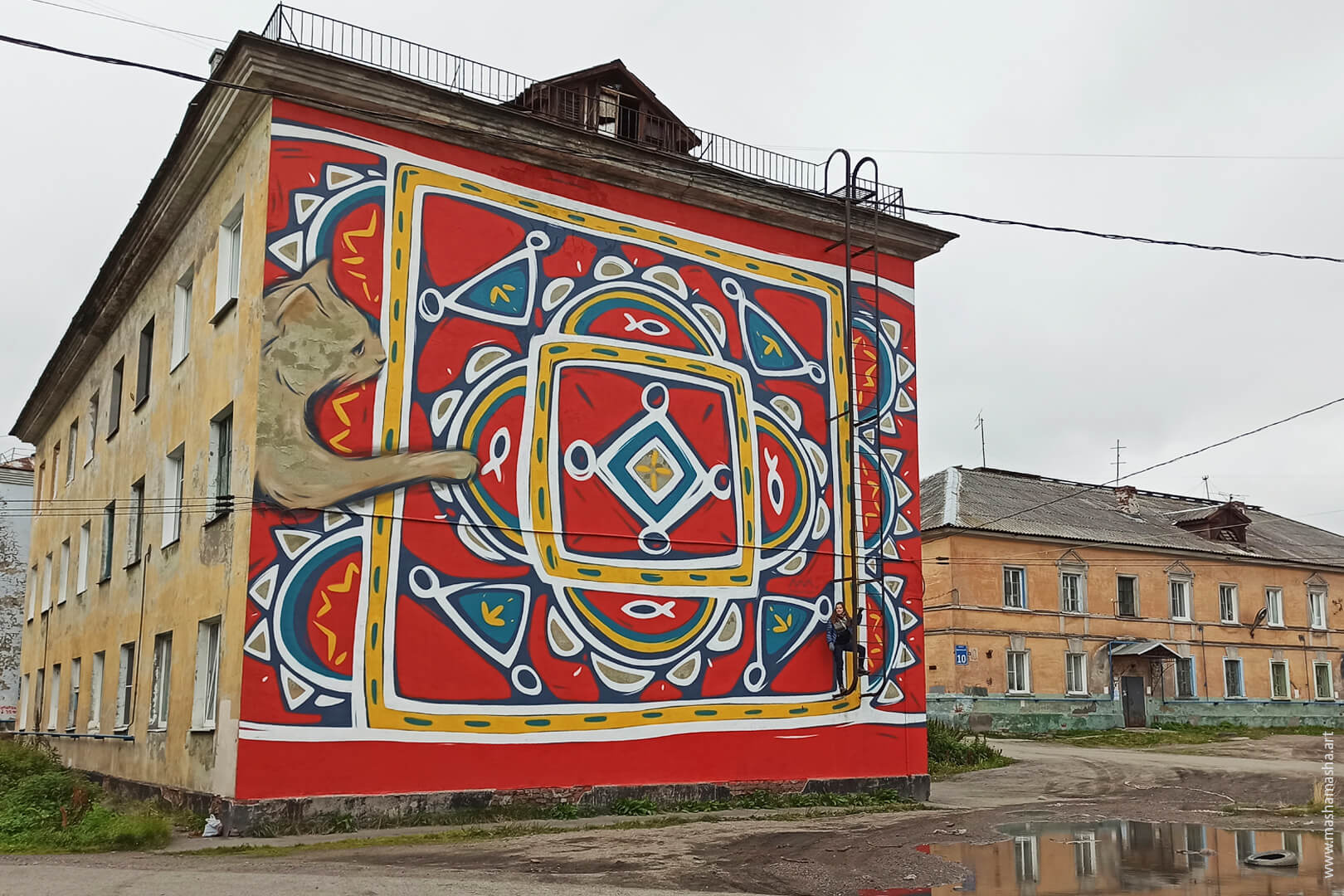 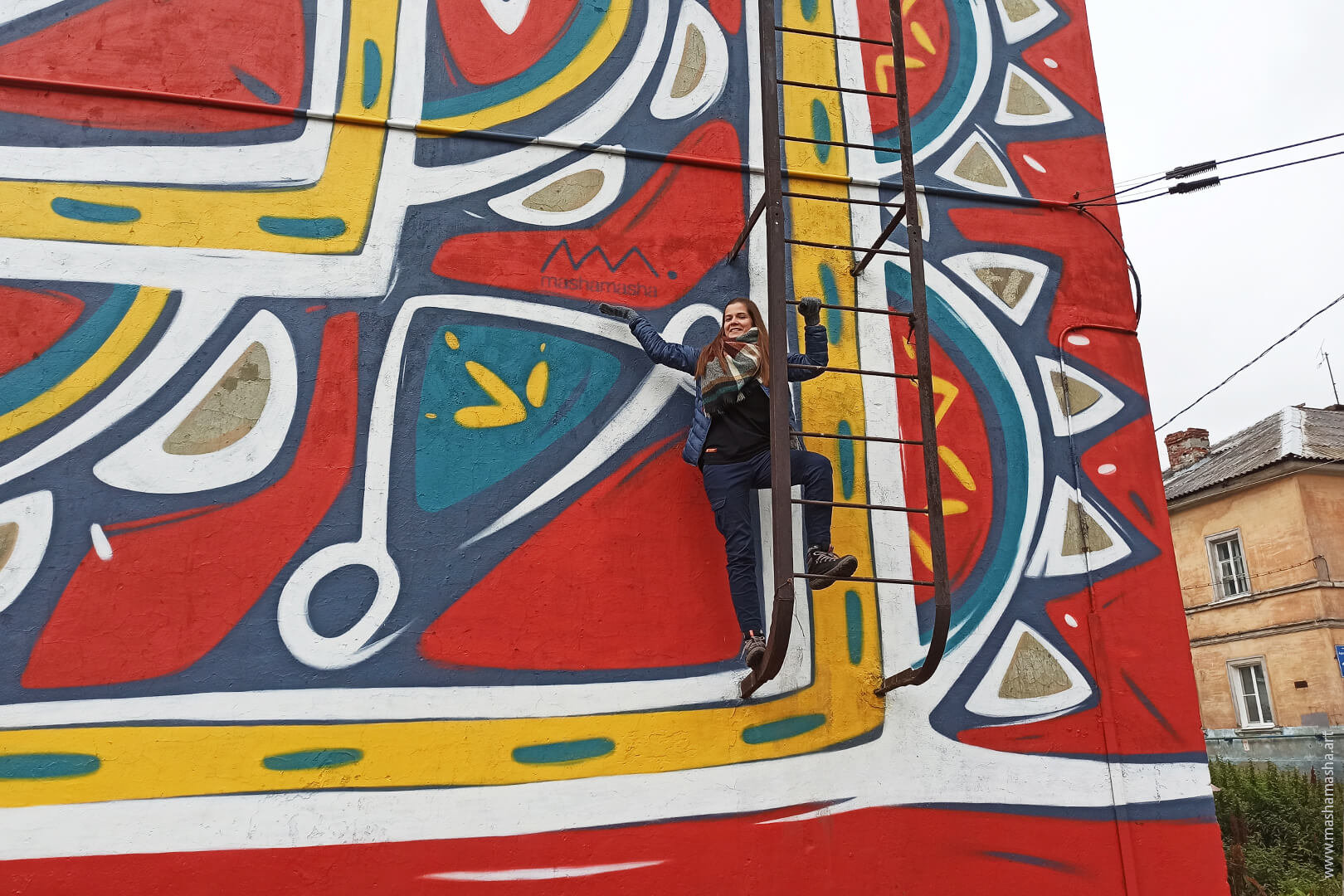 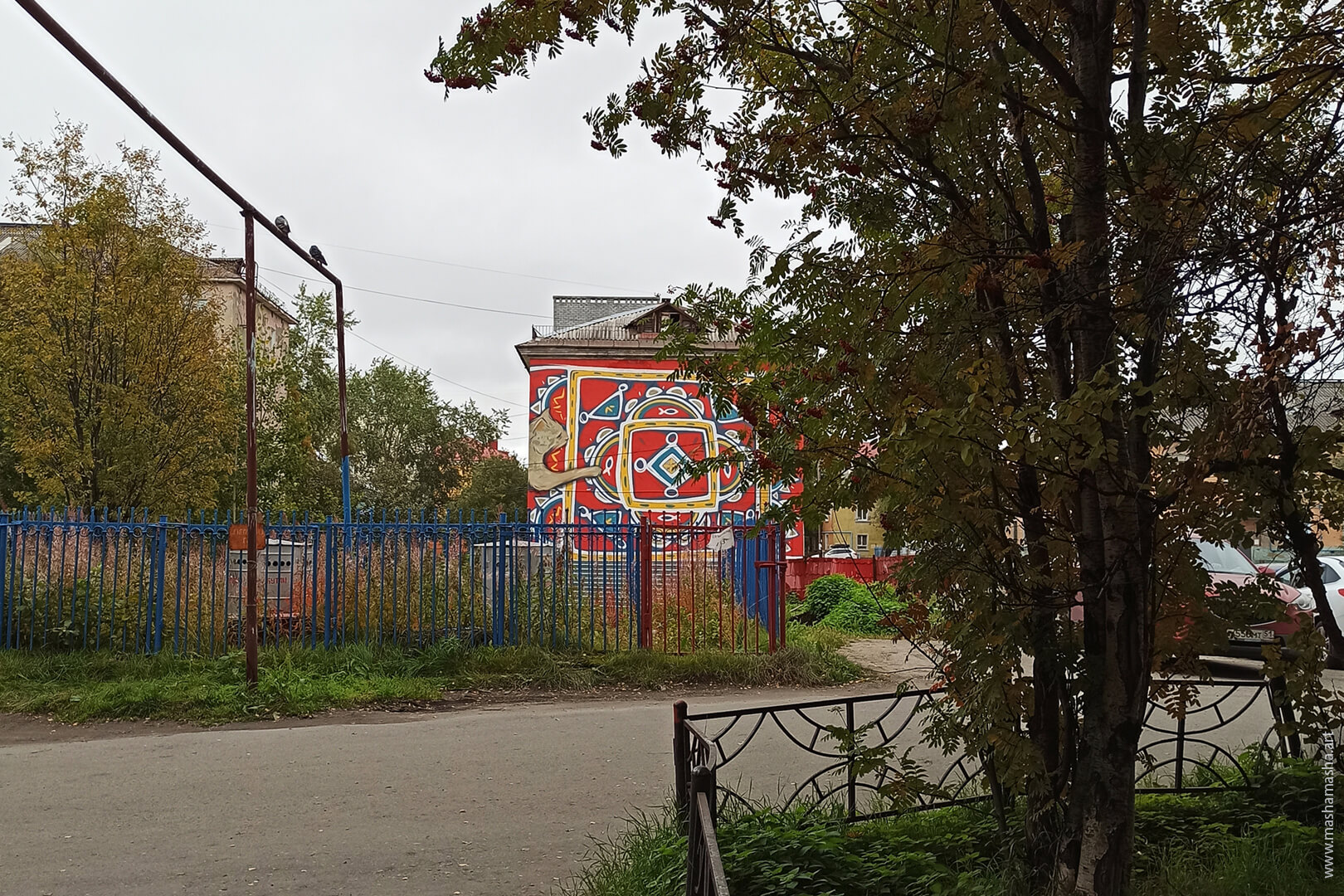 As an inspiration for my mural I used a colorful pattern from traditional Sami embroidery. I kept the original color palette, but adjusted it to my personal style and added some new elements of my own. The colors of Sami embroidery are burning, highly contrasting to the cold of the north.
⠀
I placed this pattern on the wall in homage to an old Soviet tradition to hang carpets on the interior walls. Back in the day, it was used to make the place warmer and more insulated from outside noise. Wall carpets added cosiness and prestige, masked shortcomings of the wallpaper or lack thereof.
⠀
Building facades in Murmansk are patchy and damaged but very picturesque. In the field of architectural restoration there is something called probing. It’s an artificial opening of the building’s construction intended to reveal the initial structure and finishing. Being an architect by training, who’s also a bit tired from the symmetries of the drawing, I decided to leave a fake probing shaped like a cat, that is playing with a fish on a carpet, made using the original colors and paint of the wall